Arnold's real friends are animals in the jungles on India. Except Arnold. He's a real human being.

All the heffalumps and woozels are having confession to make about Arnold's friendship. But Arnold was getting very upset about heffalumps and woozles after he saw the movie called Hey Arnold! The Jungle Movie. They are the ones who wearing the disguise as Arnold's friends, Arnold's teacher, and Arnold's principal. But those aren't Arnold's friends, Arnold's teacher, & Arnold's principal because he's an orphan. When he was getting angry, he turned himself into an elephant-weasel monster. All the heffalumps and woozles are very scared because they ruined Arnold's friendship after their revenge about Pooh's honey pots. Jeff Heffalump, Marla Heffalump, and Junior Heffalump were so worried about Arnold's broken heart. Jeff Heffalump said, "Aw. Don't feel bad, little buddy. We know enough is enough." Marla Heffalump said, "But sure the heffalumps, woozles, and I were have to behave ourselves." Junior Heffalump said, "Yeah. It was all just a big mistake, Arnold ol' buddy." But no! Arnold said, "Ha! I've been might to see that!" Arnold was going to destroy heffalumps and woozles for their own good. Until, the king appeared and said, "Hey, little cub. What seems to be a problem here?" But Arnold hissed, "Never mind that question, you brute." The king was scared. And Arnold was going to murder the king. After that, Arnold told them to go away forever. The king shocked, "AAAAAAHHH! Let's get out of here!" They all ran away and go back to their home where they belong. Arnold started to cry because he was very sad. Arnold kept crying all day and all night. Then suddenly, a sound came someone was crying  with the big burst of echo. Arnold said, "That sound. I better go back to the jungle." Arnold rushed into the jungle and saw the real Helga G. Pataki.  Arnold was worried because he made that big beautiful bear cry. Arnold was telling Helga what's wrong. Then, Helga answered Arnold's question. She said, "Oh, Arnold. I hate it when the heffalumps and woozles make you upset about your friendship. At least, You've got me and friends. We are the ones who wearing disguise as your grandma, your grandpa, your missing parents, your neighbors, and other adult people." Now, Arnold was so happy to see Helga because she's a big beautiful bear with her giant tummy. Even, Arnold's real friends are animals. Gerald said, "It's good to see you, lil' britches. Can we stay with you forever? Your real friends and I were orphans." Arnold said, "Yes." There going to take care of Arnold because his real friends are orphans, too.  While his real friends are taking Arnold for a walk, Phoebe saw Donald Duck chasing those two rascal chipmunks Chip and Dale and put them in the cage angrily.  Poor Donald. What would Phoebe do? Phoebe was giving Donald a big belly hug to make him happy.  After that, Helga and his friends are telling Arnold and Donald the story about the animals. At the end of the movie, they finished telling the story.  Of course, Jeff Heffalump was going to apologize to Arnold about this.  Even his wife Marla Heffalump, his son Junior, and the king.  Arnold starts to cry and he gave Marla a hug.  And now, Arnold was staying in the jungle with his real friends forever.  Especially with Donald Duck who is also Arnold’s best friend.

The Characters In The Movie Edit 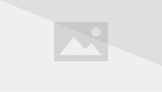 The King Of Heffalumps & Woozles

Arrow's Henchmen of Tyrannosaurus Rex from Timon and Pumbaa

Arrow's Henchmen of Shackelford and Dobson

The Creatures in the Movie Edit

Arnold: Hello! Where is everyone?

Retrieved from "https://movie-ideas.fandom.com/wiki/Hey_Arnold!_The_Jungle_Book_(2019_film)?oldid=68601"
Community content is available under CC-BY-SA unless otherwise noted.